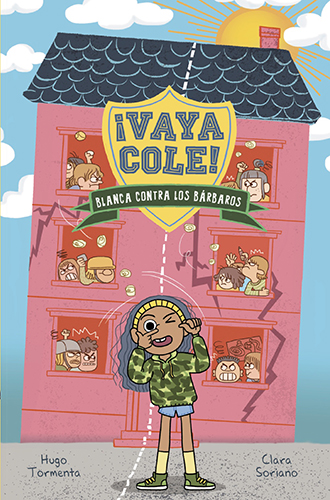 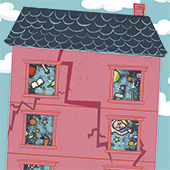 School Mayhem
Shortlisted in the Honour List elaborated by the OEPLI - Organización Española para el libro Infantil y Juvenil (IBBY of Spain), 2019
Adrian, Blanca, Charlie, Daphne, Eric... No name starts with the same later, and each has a madcap story to tell. It's impossible to be bored in class 3-A, because the students come up with the most incredible adventures.
Blanca is a very rebellious girl. She gets in a ton of fights and she gets time out every two seconds. But it?s not her fault that bad words aren?t allowed!
That?s why she decides to create her own secret language with hand signs in order to express herself the way she wants.
At the beginning, it?s a total success, but a misunderstanding with a boy from another class will lead to a war without precedent at the craziest school in the world. Two sides battling against each other, the Gorillas and the Big Teeth. They?ll fight to conquer the other?s territory without remembering why they even began to fight in the first place.
A fun story about misunderstandings and the sense-lessness of war in a school where anything can happen.
Anything could happen before the bell rings!