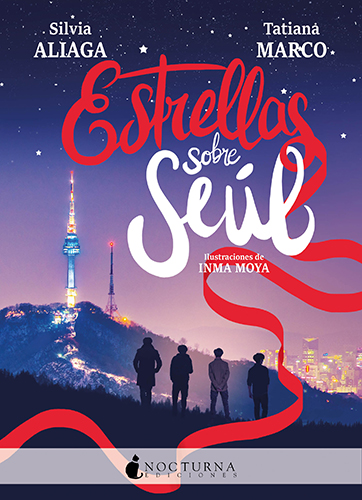 Books by Silvia Aliaga and Tatiana Marco
The exciting final book in the series.
KPOP is a global phenomenom!
During the last two years, DANI has kept all the promises he made one night by the Han river... All except the most important one: going back to Korea. The time to fix that might just have come. SAMUEL, for his part, shows up at Seoul looking for somebody; unlike RILEY, who?s there for work reasons and doesn?t hold much hope that she will reencounter JAY and HYUNSOO.
After all, why would they even remember her now that they?re part of R*E*X, the K-pop group that millions of fans love? Everyone admires the members of R*E*X, just like everyone used to admire INSOMNIA before he was murdered. But now an old friend might have something to say about the rise and fall of K-pop?s greatest legend...